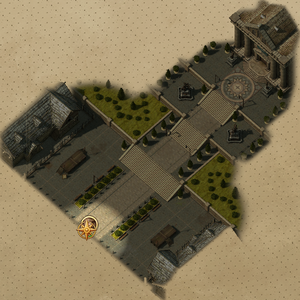 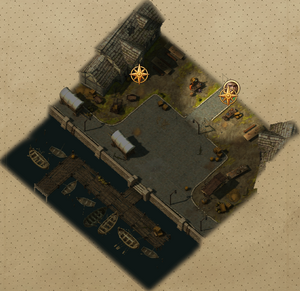 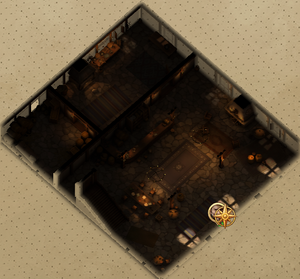 Pitax (City) is a location in Pathfinder: Kingmaker.

''Pitax's origins lie with brigands from Brevoy, who sought sanctuary amid the forests of the River Kingdoms. A band of vicious thieves made a hideout in a riverside hamlet known as Pitax. As they visited there year after year, their ill-gotten gold slowly transformed Pitax into something considerably larger than a simple, sleepy fishing village. Eventually, the bandits settled in Pitax permanently and crowned themselves kings of a newfound realm. With this, Pitax became a permanent fixture of the River Kingdoms, able to survive and thrive for nearly four centuries while others around it withered and decayed.''